Roll My Stone Away 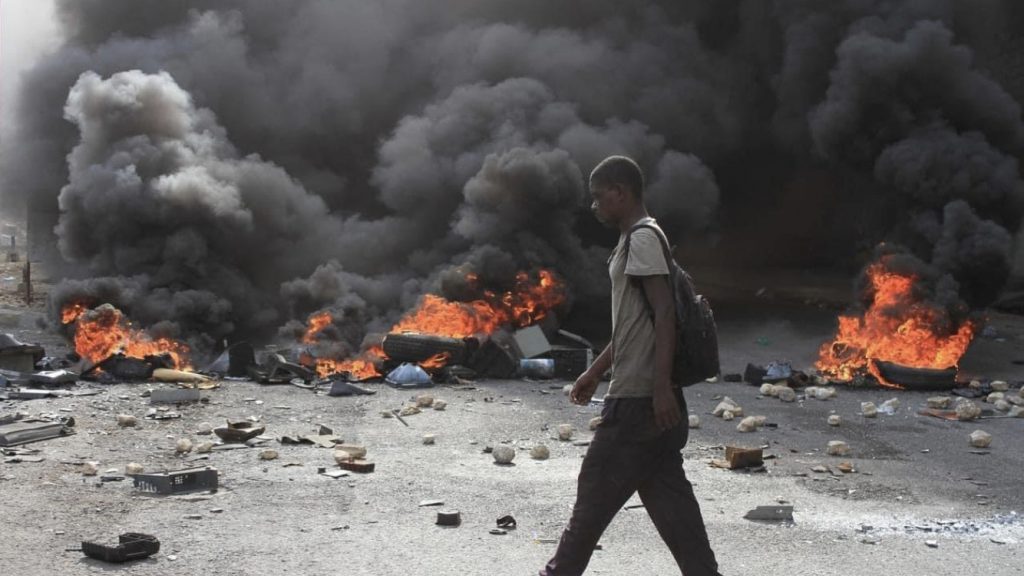 Roll My Stone Away.

Here goes…well, everything. Words I felt I should write awhile ago but feared that writing them would cement their reality into existence. As an eternal optimist, publicizing anything with a semblance of negativity surrounding something or someone I love feels akin to a betrayal. Yet we’ve arrived at this place once again, a time of great pain and suffering. A country and people that welcomed me like family even though I had no expectation, reason or right to that kind of love is hurting. Seven years ago I moved to Haiti and watched my presupposed ideas and sense of self slowly die, but not without a fight. My pride, privilege, and ignorance have put up roadblocks along the way, but when I gave way to listening, learning, and elevating; everything changes.

For a resurrection to occur, death is an obligation.

With every passing challenge that has faced Haiti I have leaned more and more on the staff I work with, the friends I’ve accumulated, and the whispers and roars of the community I live in. There are certain tragedies, injustices, and horrors that you frankly become numb to after living here for an extended amount of time. You simply can not allow yourself to process everything you experience. My heart has, at times, hardened to certain aspects of life here, but devastatingly so, my heart has become softer, more fragile to those close to me. I feel physical pain in my heart for my friends and family here when they suffer. My prayers are filled with supplications for comfort and peace to be instilled in their hearts. I selfishly wish I could go back to my blissful ignorance. I fight feelings of not doing enough, doing too much, or simply muddying a situation I have no business being a part of. And time and time again I come to the realization that I am once again fighting a losing battle of dying to my own self and surrendering to the Lord. “I put the world on my shoulders, but I’ll put it back in Your palms again. Father, won’t you roll my stone away” The harsh reality in that lyric is that rejuvenation and healing always succeed tumultuous time of collapse, fatigue, and pain.

The world will always be marred with tragedy and injustice, the consequences of a fallen world. However, we have the opportunity to fight alongside people instead of for ourselves only. I need to remind myself that listening, elevating, and amplifying the voices of those around me is not me carrying their burden but rather an important step in that burden being alleviated. Trying to sidestep a savior complex and over correct by diminishing the value our actions can have is equally as dangerous as the savior complex itself. My friends, the voices around me are crying out, collapsing in fatigue and pain. Hunger and fear ravages the souls of nearly everyone around me. Pain in every sense of the word; physical, mental, and spiritual cling to this tiny island nation and her people. There is no way to sugar coat the situation ongoing in Haiti, and I refuse to even try to as I find it offensive. Beauty, blessings, pain, and suffering are not mutually exclusive, but choosing to only highlight the good you burry the cries of the people, their weeping, and their hurts. You keep yourself and others in the dark, potentially impeding peoples hearts to be moved and ignited into action. The following is not for the faint of heart, especially if you don’t allow yourself to disassociate yourself from it. These are real stories, real people they are not just words on your screen.

A neighboring gang decides in the dead of the night they want to take over your community. The wind is whirling quietly in the trees and a yapping dog gives but only a minutes warning before gunfire rings out, total chaos erupts. Under the bed might be the only place to hide in your one room house, but it simply can’t hide the whole family. Seconds feel like hours as you pray they don’t choose your house to loot, don’t choose your daughter to kidnap and rape. A prayer for the police to arrive is never even uttered as you know they will not come. If your community even has stationed officers it is certainly fewer than a handful and they are no match for the gangs invading your community. In fact, the next morning you see your local police officer was shot dead and the police stationed burned.

Weeks waste away and the country is still locked down. Burning tires, cement blocks, rebar, trees, and remnants of enflamed vehicles litter the streets resembling a twisted take on some modern art. You watch food slowly disappear from your community as each day gives way to night. There is no production in your area so you are dependent on merchants coming and selling to your area but they simply aren’t able to come. Rarer but important items like formula and milk for your baby are most certainly not available. The stress isn’t so much what you should make for dinner but what can you secure for dinner. Over half of the country already dealt with food insecurity, to pour salt in the wound inflation is way up, your currency is down and ONE plate of food can cost you about sixty percent of your daily income.

Staggering amounts of stress is never good for the body. You pray for hope, peace, and comfort but you lie awake at night worried about the future. You’re not afforded the luxury of being tired. You pray for perfect health because hospitals and clinics have been closed or blocked. One of the larger gangs in Haiti has completely blocked off the ports that allow gasoline and diesel to be sent through out the country. Hospitals cannot tend to those who are already in extraordinary crisis, because they depend on diesel run generators to power their buildings and equipment. Imagine suffering a gunshot wound, a broken bone, a simple infection, or an allergic reaction and having nowhere to go but suffer in your sense of solitude.

It’s rough, it’s raw, and it’s real. Haitians are resilient no doubt about it, but their resilience is a byproduct of our betrayal. The world has kicked Haiti around, tried to smother and blacklist her throughout history only for us to memory hole that ugly reality and trade it in for one where we, the world powers, “begrudgingly” get to be the saviors. We scoff, sneer, and bemoan in wonder why Haiti “can’t get her act together” all the while our governments dilute the voices of Haiti’s people by propping up politicians that will assuredly allow a symbiotic relationship for political elites around the world. Our developed nations willingly turn a blind eye to corruption in Haiti in part because they are intwined themselves and in part because we as a society have rubber-stamped their policies with our passiveness, turning Haiti into a poverty zoo. We get instant gratification, a pat on the back from ourselves, from showering Haiti with often times useless and destructive gifts, policies, and actions without taking even a second to reflect. Haitians have solutions. Haitians have a voice. Haitians would appreciate it if we could understand that when a neighbor’s house is on fire you come with a firetruck instead of a deed to a new house, designed by us and paid for by them. If you truly care about your neighbor you serve them first by listening, by learning, by elevating, and if possible helping. I write this as someone guilty of that ignorance and that ego. As someone who, in Haiti, worked tirelessly to change that about myself (not quite finished yet). As someone who has struggled over 7 years in Haiti balancing what the dangers of portraying it in any negative light might be. Is it my place to share this or that? Will this cause people to think this or that about Haiti? It’s been a humbling experience as I’ve grappled with that issue, because along the way you learn what really needs some light shone on it is the pride, ignorance, and arrogance that resides in many of us wanting to help but unwilling to learn.